Does your blog contain racist language you don’t know about? Or “innocent” expressions you didn’t realize were sexist?

Research shows that a company’s social impact is now a major factor in consumer buying decisions:

In short, buyers care what a company stands for — what it says and does, not just what it sells.

That’s why it’s necessary to take a hard look at the language we use in talking about our business missions, visions, values, and activities.

Speaking out against racism bespeaks a commitment to social justice. But the flip side is that ill-chosen sexist or racist language, however unintended, can damage a company’s reputation for a long time.

Today, it’s easy to make that mistake. Many common words and expressions have oppressive origins you don’t realize until you offend someone unintentionally. In addition, language evolves and words take on new or unintended meanings.

One challenge in erasing sexist and racist language is that we don’t always know what we’re looking for. This post will help you to identify “innocent” words and expressions you encounter every day.

I recently told a woman in my business network that a sole proprietor is like a “one-man band.” Did I mean to suggest she couldn’t do it because of her gender? Of course not. It’s just an expression, right?

This is the kind of language I’m talking about.

My friend wasn’t offended, but I had to check myself. This is what we need to start doing. I found a different way to say what I meant.

All Brands on Deck

Erasing racist language is an issue for all brands and companies, large and small. And usually the check comes from someone else.

Social justice movements like #MeToo and Black Lives Matter have lately drawn a lot of attention to this issue of the “innocent” words we use every day.

But it’s actually been an issue for a long time: Gender-neutral job descriptions like “flight attendant” for “stewardess” (for instance) came to us thanks to the women’s movement of the 1970s.

Today, well-known major brands like Aunt Jemima and Uncle Ben’s are re-evaluating their entire look and feel in response to petitions and popular campaigns. The Washington Redskins football team finally agreed to change its name after years of such controversy.

The Trader Joe’s story illustrates how things can change. When the popular grocery store chain introduced ethnic food lines with ethnic branding — Trader José and Trader Giotto’s, for instance — it was hailed as brilliant marketing that was both inclusive and customer-friendly.

But that was 20 years ago. An online petition in 2019 took issue with their branding, saying it reinforced negative stereotypes.

In the end, Trader Joe’s decided to keep some names and eliminate others. They said their customers liked the names and had no problem with them. By contrast, customer feedback had caused them to withdraw similar ethnic branding in the past.

Have these companies done the right thing? We don’t know what’s said in their board meetings, but in the end they were willing to accept the check and take a look at their practices. It’s a start.

A Glossary of “Innocent” Sexist and Racist Language

Let’s begin with some common words and expressions you might not think of as sexist or racist language.

Many are clichés, which makes them lazy language you should avoid anyway. In every case, there’s a better way to say the same thing.

Does your team have a weekly powwow? Probably not any more. The word isn’t obviously derogatory of America’s indigenous people, but it could be considered “cultural appropriation” or simply patronizing. Just say “meeting.”

Have you ever blacklisted a robocall number? Or whitelisted a newsletter so it doesn’t go to spam?

Tech companies are starting to change what they call these lists, to things like “blocklist” and “allowlist.” Many long-standing technical terms — like “master and slave” to describe controlling and controlled devices — are being reconsidered.

If you’re buying a house today, you’re likely to find a “primary bedroom” where the master bedroom used to be. It’s not clear if the term first meant the master’s bedroom on a plantation; it only became widespread during the 1950’s boom in family home building. Still, real estate listings increasingly say “primary” to avoid any suggestion of that.

To “shanghai” means to trick or coerce someone into going somewhere, originally by drugging them. It originated in the late 1800’s in San Francisco, where sailors were often kidnapped and forced into naval service, it was said to China, where Shanghai was a major port city.

Asian Americans are as hurt by racial discrimination as any other group. “Shanghai” is a colorful word, but its evocative hint of faraway places is why it’s also fundamentally xenophobic.

(True story: A sportscaster was fired from a radio station for saying that a team’s defense had a “chink in its armor.” Do not underestimate what people may consider racist language.)

call a spade a spade

Can you still call a spade a spade? In fact, this expression dates back 2,500 years to ancient Greece and really does refer to a gardening tool. But no one is going to hear it that way today. If you want to speak plainly and call a thing what it is, you’d be wise to find another way.

A “grandfather clause” in a contract means that a previous rule continues to apply in some existing cases while a new rule applies to future cases. It’s a generous exception to the new rule, in a spirit of inclusion.

On the contrary, the origins of this expression are as exclusionary, racist, and un-generous as you’ll find.

After the 15th Amendment gave Black men the right to vote, most of the former Confederate states passed voter suppression laws so that newly freed slaves could vote only if their grandfather had the right to vote — which of course meant nobody. If by some oversight you slipped through the loophole, you were “grandfathered in.”

Same with “cakewalk.” If something is super easy, you say it was a cakewalk. But again, the word was born of racism.

Slave owners often had their slaves entertain them by mocking how white people danced, and the best couple won a delicious cake as a prize. The dance was a “cake walk.” This is also where “take the cake” — win the prize — comes from.

wear the pants in a relationship

This, like telling someone to “man up,” is an example of using male-oriented words to connote power and control, and by implication call women powerless. Not unlike “one-man band.”

don’t get your knickers in a twist

Pants have a male connotation, but knickers are a woman’s article of clothing. That makes this expression the inverse of the last one. Telling someone not to get their knickers in a twist is a sexist way to belittle them.

The use of “-or” and “-ess” endings may seem like separate but equal, and maybe it is. Same with words like “congressman” and “congresswoman.” The Motion Picture Academy still gives awards for Best Actor and Best Actress even as it undertakes new diversity initiatives.

I see “actor” often used for both genders when meant as a general term. I would just advise: Consider the context.

I strongly suggest avoiding a couple general categories of words in your content marketing (or any writing, for that matter):

Local references aren’t necessarily offensive, but they’re exclusionary to those from elsewhere, and that could lose you readers and sales.

Unless you’re actually addressing a sports or military audience, stay away from such analogies, which many people find violent, hostile, or off-putting at a minimum.

War and sports talk uses so much special terminology that most of your real audience won’t understand you, which makes it exclusionary.

I mean, terms like “strike out” and “grand slam” are probably harmless; but they’re still clichés, which means they’re lazy writing. You can do better.

A Final Word on Words

The words you use in your business matter a great deal. They tell others who you are and where you stand, and what kind of business you run.

In today’s woke world, however, it’s all too easy to cause unintentional offense with sexist or racist language you thought was innocent. Your business reputation could suffer from that, unfairly, for a long time.

But it’s possible to start today being mindful, checking ourselves, and making different choices about the language in our blogs, social media, newsletters, and content marketing.

Then say something else.

Share your thoughts or stories in the Comments below.

Feature image by Barbara A Lane from Pixabay 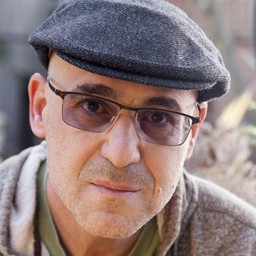 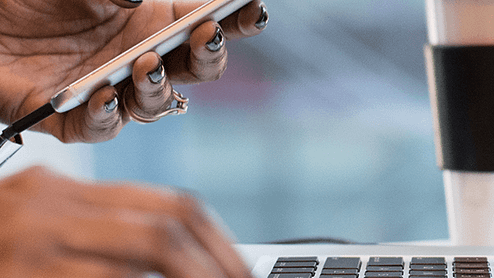